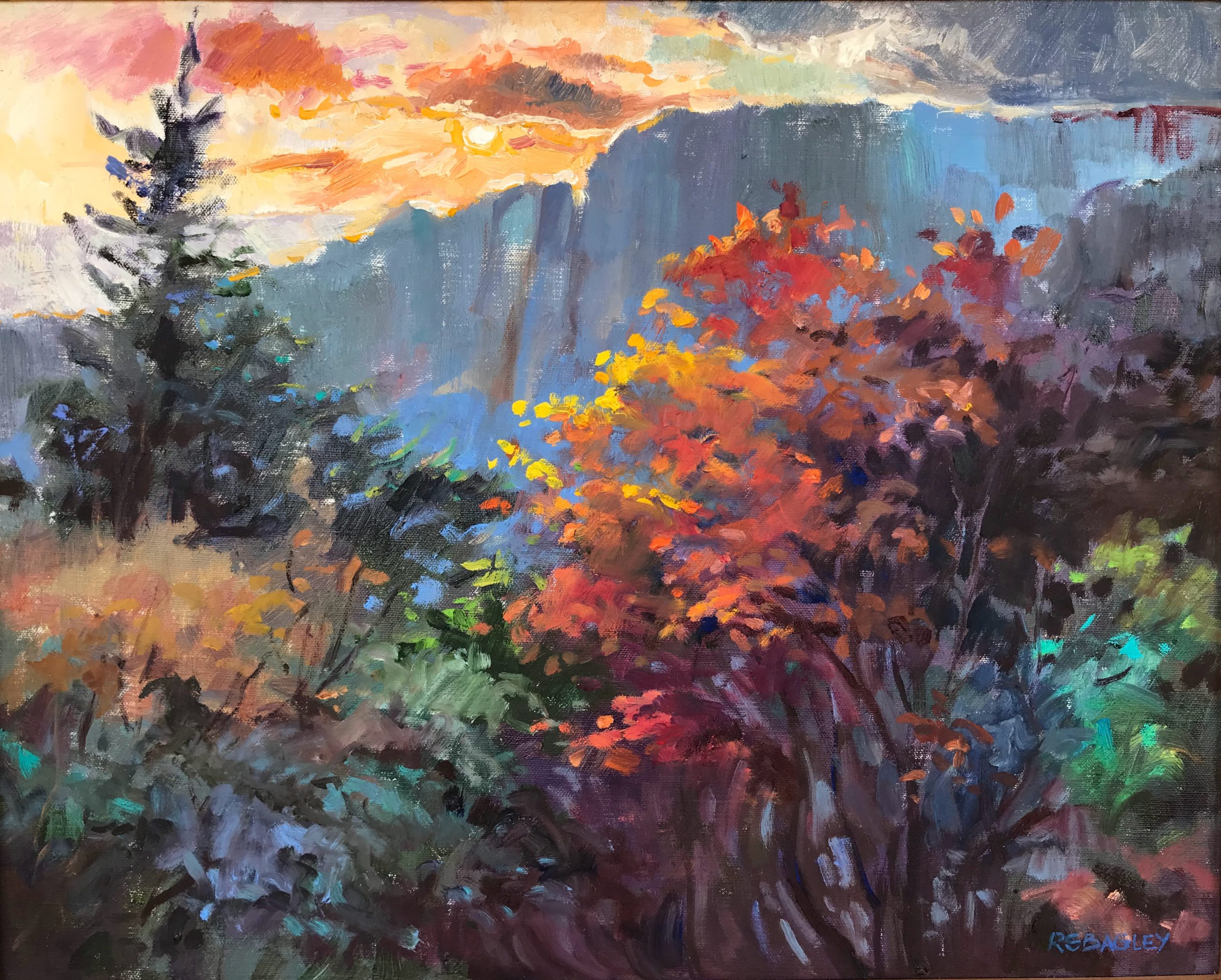 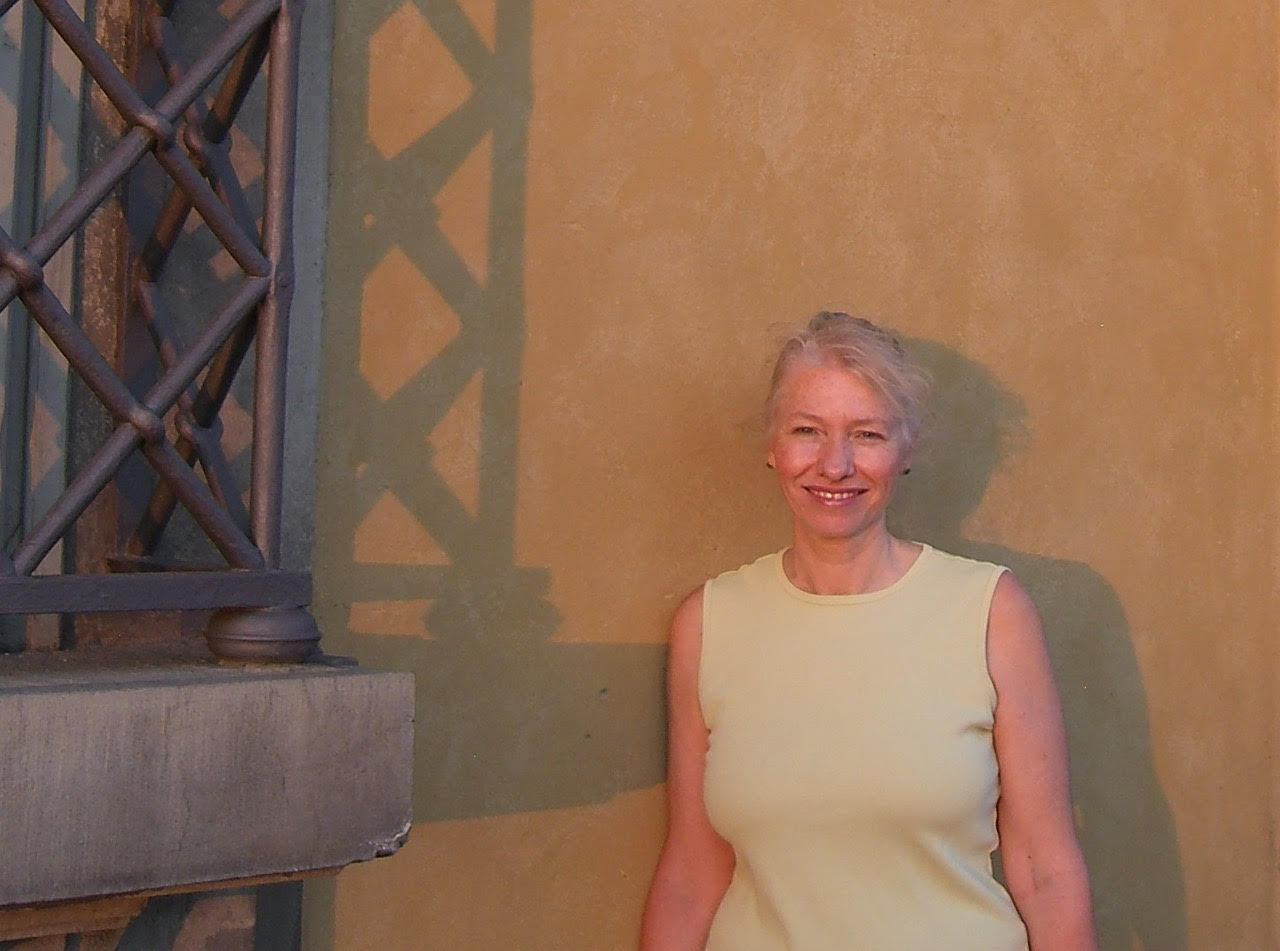 “Glory of the Palisades” has a new owner.  This oil on canvas by Ramona Bagley was auctioned during the 2022 season to benefit Music from Angel Fire.  The painting is 16 x 20 inches unframed and 21.5 x 25.5 inches framed.

Auction is over.  Winner will be announced on Saturday, September 3, at the Salon Concert that begins 2 p.m. at the Angel Fire Community Center.

More about Visual Art and Music from Angel Fire

Music from Angel Fire has garnered enthusiastic acclaim from music lovers and art aficionados for illustrating the website and print pieces for each season by top visual artists inspired by the beauty and culture of northern New Mexico.  The series, launched by the late Harold Geller when he was the first board president of Music from Angel Fire, has become an integral part of the annual festival.  Through this series, Geller left his imprint on the festival.  With his leadership, a visual artist was selected each year to create a featured work.  For the first time, works from visual artists were proposed by ArtUP Northern New Mexico, a not-for-profit membership organization committed to promoting the arts and the artists of northern New Mexico.

For the 2022 season of Music from Angel Fire, here is visual artist Ramona Bagley who has been painting in the Enchanted Circle area of New Mexico for more than 20 years.  Ramona’s mother was a painter and brought her a great deal of early training. As a child, Ramona had tutors in areas of art from illustration to cartooning and from plein-air painting to life drawing. She spent years working in watercolor, pen and ink, oils, and pastels. Ramona grew up in New Hampshire and attended the Art Institute of Boston. She worked on the East Coast for 10 years as an illustrator in pen and ink and watercolor.

In addition to her work as a visual artist, Ramona studied Voice Performance at Westminster Choir College, performed in New York City’s finest concert halls, and became part of various classical ensembles performing everything from Gregorian Chant to Gilbert and Sullivan throughout her 20’s and 30’s.

When she eventually settled in Angel Fire in her 40’s, Ramona began studying plein air painting with some of the fine artists of Taos. As an artist, she was amazed and delighted at the varied New Mexico landscapes along with its wide vistas and ever-changing light. Here she moved into painting with oils because of the more rugged quality of the medium which lends itself to the landscape and to painting plein air. Her painterly style is strongly influenced by the impressionists, but she is also a colorist and shows an influence from her earlier watercolor training in keeping colors fresh and always letting in the play of light.

Ramona is an award-winning artist and has shown at fine art galleries in Taos, Angel Fire, Phoenix, and Boston, and has recently begun teaching the art of painting and composition online.   Her work is currently available exclusively through her website and The Water Works Gallery at 28 Fria Ct, Suite B, Angel Fire, NM 87710.

Music from Angel Fire is honored to feature Ramona Bagley’s work for the 38th Season in 2022 and to extend sincere thanks to ArtUP Northern New Mexico for their assistance, a treasured new partnership.